Due to classified rules on the DA, I'm not allow to advertise my porting services on the DA.

This is my original FS thread on the DA:
http://www.driveaccord.net/forums/showthread.php?t=73669&amp;highlight=FS+intake+runner

Currently, I have one for sale, and the pictures of my port job are below: 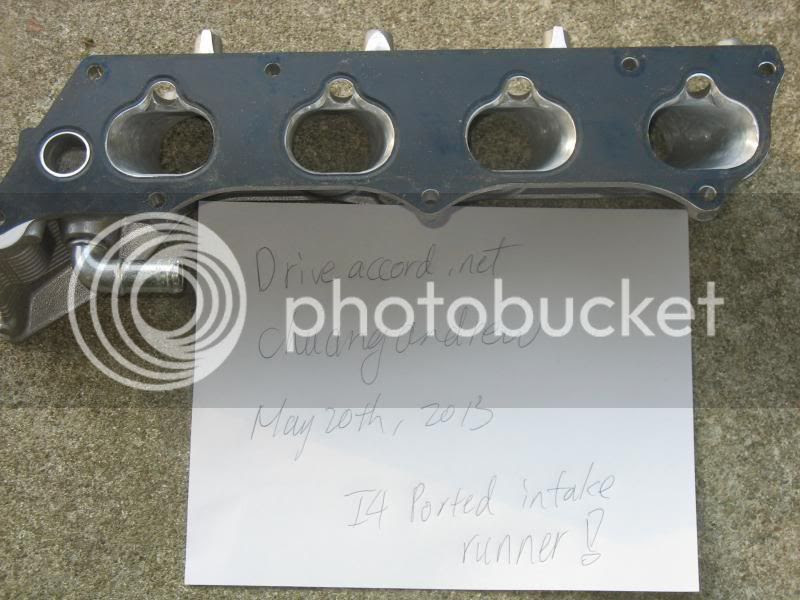 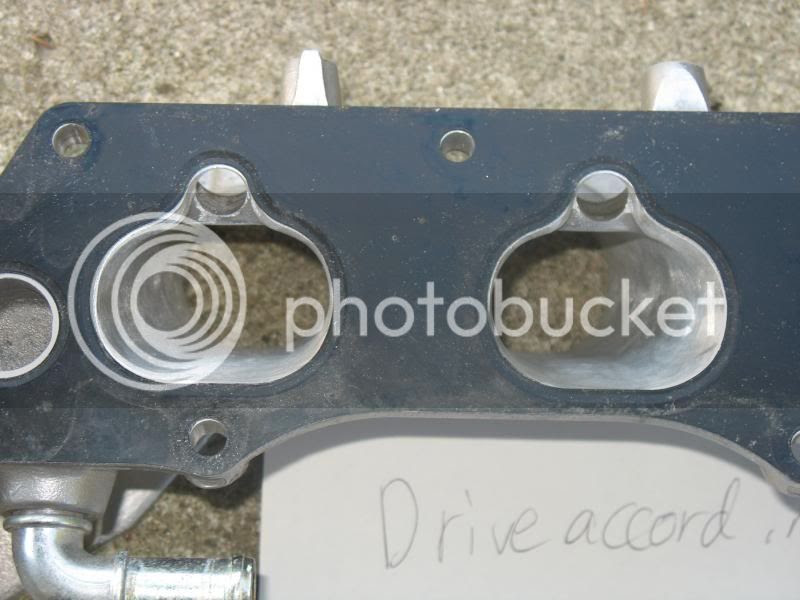 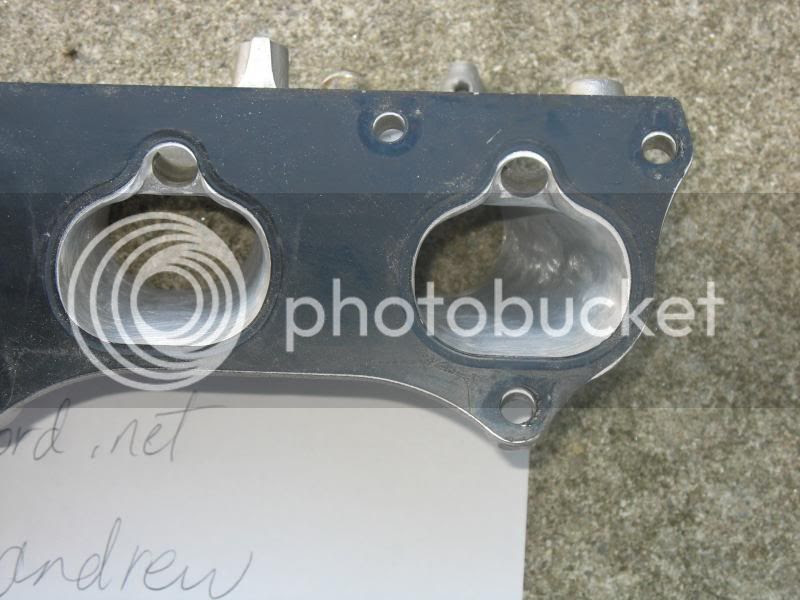 THE AD:
Selling a self-ported intake runner for the 8th gen I4 engine. Save $ with this one vs the P2R version which sells for $325!!!

The story:
This is the 5th intake runner that I have ported myself. The first one is currently in my car and it's been running flawlessly for 1.5 year now. The one shown for sale in the picture is ported from the spare runner of my last customer!

I would prefer local guys in the GTA, but will offer shipping at buyer's expense. I also installed my own ported intake runner, so whoever buys this from me local also gets an option to have me install it (additional labour charges obviously).


Here is a testimony from a local customer:

So Andrew was selling a ported intake for the i4 accord 8th gen. I always wondered what performance this actually would accomplish so I jumped the gun and decided to get one that Andrew made over the pricier P2R version.
Andrew didn't live too far so I decided to go with his DIY ported intake, and he was offering to help me with the install too! When met him in person he turned out to be a really cool humble guy too.
With all the mods he's invested and put time on with his Accord, I knew I could trust the guy in doing this DIY project.

The ported intake that he spend hours and hours on looked so smooth and aligned with the gasket perfectly. And when I compared my old one(which I also let Andrew keep after), I was excited to see what difference this would make on my car.

The install/swap process isn't for everyone. I was surprised how much we had taken off...I was able to see my piston rods I believe. (I've never went that deep before so was glad I had Andrew who's done this before know ahead of what's to be done.
There were a few bolts undone, hoses and intake to say the least, had to be careful with the fuel injectors too. (you will smell fuel or even have some leak some).
Andrew knew there would be alota Coolent leakage so we got a bunch of towels and anything absorbent just in case. There was also one bolt that we had a real hard time to get rid of and reach to...how we eventually got it out I don't even remember(maybe the engine cooled off totally by than and it helped). Offcourse my car is a bit older with alota mileage so always be cautious with older hoses and bolts.
In end it took a few hours(mostly because of a stubborn bolt and trying not to make a mess of the engine/compartment). Eventually the swap was successful and car started fine on first try.
Coolent was added since a bit of it did leak during swap

Performance wise, there was some noticeable throttle response at. And everything is good so far after a few weeks too.
But I gotta say for the amount of work it takes to port and later do the swap...the performance gains might not be big enough or even noticeable for some people especially on the 2008 i4.
Also I believe some people may be reluctant to do such a swap since they might feel they could cause more harm doing it themselves, than more good.

Overall I'm happy though with the install and overall having the guts to go ahead and really dig in deep under the hood to do my actual real mod to my car.(Tint or exhaust doesn't compare lol)
Posted by AD at 9:57 AM No comments: